Suffolk in the 21st Century

Building on the promise of its founding, Suffolk University continues to inspire a diverse student body- students today hail from across the nation and around the world. Once a commuter school, the University’s residence halls now allow students to live on campus and fully realize the academic and cultural promise of the urban environment. Classrooms, libraries, theaters, galleries, and offices are housed in buildings clustered in downtown Boston, and the historic Boston Common serves as the unofficial campus quad. The scope of academic offerings has broadened to include new programs at the baccalaureate, master, and doctoral levels. 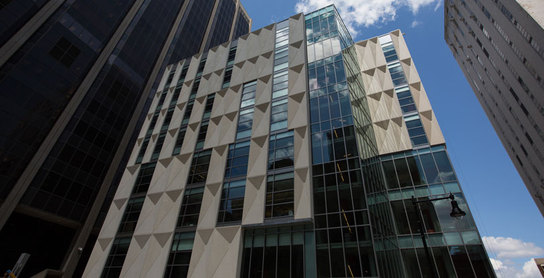 Suffolk's new building at 20 Somerset, opened in Fall 2015, hails a new era for the University by creating a space where community and discovery can flourish.

Signing the beam at the Law School's topping off ceremony.